The U.S. Department of Defense posted a fascinating piece on July 3 (2019) talking about military deterrence. The main thrust of the article was the concept of deterrence helping keep Americans safer by giving our enemies valid reasons to not consider military action against us. Near the end of the article, author C. Todd Lopez offered up an interesting proposition: the need to deploy data analytics as a military deterrent.

The idea of deterrence is fairly simple. We invest in building bigger and better military operations so that the rest of the world knows the United States is not to be trifled with. This deters potential enemies who may look at our strength and, knowing they could not prevail in armed conflict, choose other channels to work out their disagreements with us.

Deterrence works because of basic human psychology. If you know you are going into a fight you cannot possibly win, the chances of you changing your mind and walking away are pretty high. The same is true for politicians and military leaders.

So where does data analytics fit within the concept of deterrence? It is all about using our current methods of deterrence in new ways that achieve better results. In his piece, Lopez mentioned five different deterrence methods our military uses. These are:

In each of the five cases, we have developed increasingly more effective capabilities. Electronic sensors have played a significant role here. According to Rock West Solutions, a California company that develops sensors and data analysis for military applications, advancements in sensor technology have helped the U.S. maintain its position as a world military power.

However, the rest of the world has caught up. As explained in Lopez’s article, electronic sensors have now become so ubiquitous that the U.S. no longer has a technological advantage. The goal now is to overcome that with a combination of new sensor technology and advanced data analytics.

Electronic sensors are capable of providing military leaders with tremendous volumes of data. An array of sensors can improve identification of friend or foe (IFF); they can improve the tracking of enemy movements; they can make asset management much more efficient.

The biggest challenge right now is figuring out what to do with all of the data sensors are capable of collecting. In essence, the military is facing the same big data problems that the private sector is dealing with. That is where companies like Rock West Solutions can make a big difference. Making big data work for military operations involves the dual concepts of data extraction and signal processing.

Data extraction removes relevant data from a large data pool so that it can be analyzed. Signal processing takes that smaller data stream and processes it to remove noise. What’s left is refined data that can be put to practical use.

As Lopez alluded to in his article, whoever masters big data first will have a leg up on deterrence. It goes without saying that the U.S. military wants to be the one to do it. As such, military contractors are putting everything they have into developing better data analytics capable of making use of all of the data electronic sensors can now generate.

That makes data analytics a deterrent in and of itself. If our enemies know that we have the capability of using data collection and analytics as weapons against them, they will think twice about causing us problems. And that is the goal. 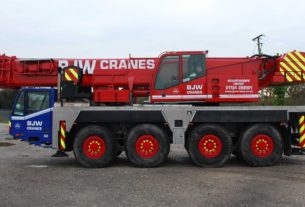 Why Opt for Mobile Crane Hire with BJW Crane Hire? 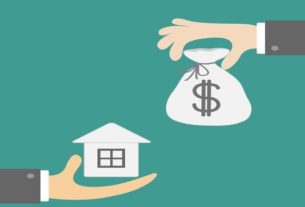 Why Hard Money Lending is the Way to Go

Things to Consider When Buying a Used Car